My book project is "Divine Primates: How Human Nature Has Gotten Us Into - And Can Help Get Us Out Of - Our Global Crises." Basically, I propose that we need a more grounded understanding of our own human nature as primates in order to deal with our global sustainability crises. Currently, we are trapped in a distorted paradigm that sees humans as some sort of divine race of super-beings. In fact, science shows us that we are not all that different from other species. The vast majority of our decisions involve lower order needs and desires that have nothing to do with our highly developed intelligence. Perhaps if we were less impressed with our creativity and scientific accomplishments, we would stop messing around with our global ecosystems.

Two recent news items serve to illustrate the proposition that we are not nearly as intelligent as we might like to believe. First, the Seattle Times, November 1, 2007, reported the death of a person named Washoe at the age of 42. Washoe was a chimpanzee. In fact, she was a world-famous chimpanzee who was probably the first of her species to learn American Sign Language. She could use around 250 signs from American Sign Language to communicate with people. However, what may be more remarkable is that Washoe taught sign language, without assistance, to another chimpanzee, named Loulis. http://blog.wired.com/wiredscience/2007/11/rip-washoe-chim.html
Second, Dr. Laurie Santos, a Yale Psychologist, has been conducting cognitive research on monkeys that is breaking new ground. Dr. Santos is studying aspects of human congnition that relate to our unconscious behavior. This research reveals our nature as humans, rather than the nature of the constructed intellectual worlds we like to inhabit. Dr. Santos has found that monkeys make the same kinds of poor economic decisions as humans do, over and over again. http://www.yaledailynews.com/articles/view/21870
For me, these two views of the similarities between human and non-human primates confirm that I am on the right track with my book. Humans, indeed, can be trained to do many amazing things. We can become doctors, researchers, baseball players and entertainers. Yet, we still appear incapable of living sustainably on our planet. This isn't about our intelligence, but rather about how our nature manifests. We choose to be entertained rather than educated, very often. We are often inclined to view or interact with members of the opposite sex we find attractive, rather than more productive activities. We are drawn to shiny objects rather than books or conversation, very often. We are drawn to SUV's rather than bicycles, etc., etc. We sometimes get angry, rationalize and/or make excuses rather than face up to our problems and our failings.
There are ways to help us construct a healthier, more sustainable culture and I address these in my book. While there is plenty of room for non-exclusive spirituality and diverse traditions in the future, a new look at human nature will probably indicate that old-fashioned "my way is the only way" religions need to be replaced by interspirituality that respects all traditions.
To read more on my book project, see my other blog entries at www.divineprimate.zaadz.com/blog or go to my website, www.divineprimates.com. Your comments are welcome, right here, right now, on this blog! You must have some reaction or opinion on this topic!
Posted by Unknown 1 comment:

Jeremiah May Have Been a Bullfrog, But Gandhi Was a Lawyer

Yes, Mahatma Gandhi was trained and experienced as an English Barrister. Early in his career, he traveled to South Africa and experienced first-hand the legally imposed descriminations against Indian and Muslim people. The rest is history. Gandhi's skills as a lawyer were an important part of the tremendous eloquence, discipline and intensity he brought to bear upon unsuspecting government officials.

There are stereotypes about Lawyers that seem to discourage people in the legal profession as well as young people considering a future in law. For those of us in the field of law, many feel that conformity and peer pressure excuse us from claiming our destiny to make a difference in the lives of our people. However, the exceptions, like Gandhi, Lincoln and Clarence Darrow, for example, are of epic proportions. Gandhi was a barrister and a highly evolved thinker, writer and activist. Many lawyers work for change (although not all of it is altruistic.) Lawyers are trained in the theory and practice of both change and non-change; both rigid thinking and openmindedness.

Some people believe that the work and role of lawyers derive from the tradition of the shaman, the holder of powerful words, and that there remains great positive power in the role of attorney. I am currently a healing bodyworker and writer, but my years in legal work were very gratifying and cutting edge. Rather than perpetuate prejudice against lawyers, let's be open to progress with social justice through stronger focus on the spirit of the law, rather than mechanistic application of laws designed to help the wealthy at the expense of the poor.

In the meantime, let's revel in the diversity and creativity of lawyers whose lives bring other careers and/or spiritual practices into the mix. Some famous law school graduates who are best known for other endeavors:


Major source: http://en.wikipedia.org/wiki/List_of_lawyers.If you are aware of other famous people who are also lawyers, but known for something other than the practice of law, please let me know and I'll add them to this list. divineprimates@aol.com 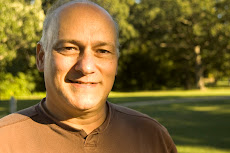